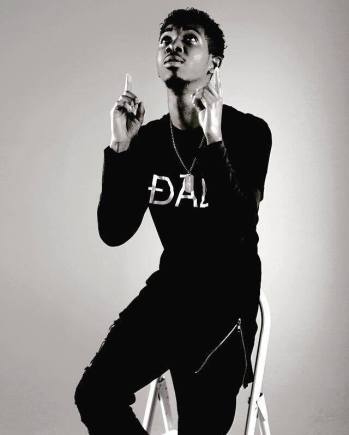 Dae Andre was born in Brooklyn, New York, on August 30, 1997. He later moved to Ottawa, Ontario, where he was mostly raised. He is of Haitian descent. He grew up listening to every single style of music including Heavy Metal, R&B and Pop but, soon discovered he had a passion for Rap Music. In 2009 (at the age of 12), Dae Andre wrote and produced his first song entitled “Youth” and then made two more songs entitled “Live.Love.Life” and “Simply Amazing”, which were Anti-Bullying songs to go against the physical abuse he had gone through. In his freshman year in 2012, at Gisele-Lalonde Highschool, he started using drugs and became part of a Street Gang. There, he became the drug dealer formely known as (Young Dope or Young D.O.P). Conversely, in his junior year of high school (2014), he started going to church and getting involved. Unfortunately, he distanced himself from his family and went back to drugs and became an addict to DXM (Dextromethorphan). In 2016, after being signed to B.O.D.B Entertainment ‘Young D.O.P’ had an overdose, during the overdose he yelled in his spirit “Oh God, Oh God, Please come and help me” as described in his first single ‘Crowns & Halos‘. After that day he was no longer ‘Dae the Drug Dealer’ but Dae Andre the rapper. On May 5, 2016, Dae Andre was an official Christian Hip Hop Artist and created his version of Trap music, which he calls tRap (Truth Rapping). Dae Andre now belongs to the rap group “Throne Seekers” of the Campus Rush Music Collective.